BBQ Showdown on the River

Of all the BBQ competitions I participate in, this has to be one of the funnest events.  It's on private property set right on the river, under the shade of tall Western Red Cedars, in a "wild west town."  I've been privileged to have been there from the beginning competition 5 years ago, to this one--the newly titled "Pacific Seafood's BBQ Showdown at Juarez Canyon."  The weekend went by in a blur--starting with the sponsor night dinner, and live band.  The next morning, the BBQ teams start rolling in with their big smokers, and setting up camp.  We're there to greet them, with a hearty breakfast of biscuits and sausage gravy, and I made blueberry pancakes and banana macadamia nut pancakes with spiced whip cream.  I didn't make crepes this year, but I will next year.

Then it's three side category competitions that day--salmon, dessert and ground pork categories.  What's great is that most teams have leftover dessert, after they turn in their competition box to the judging table, so the extra is served at the buffet table for everyone to enjoy (the lemon/white chocolate cheesecake, and the double banana cream pie were big hits).  Then comes more music and dancing that night, along with drinking wine and beer, and even a conga line!

The next day its down to serious business.  The meat competitions, rated by the PNWBA judges.  Pork, chicken, ribs... At the top of the hour, the teams turn in a competition box of meat to be judged--but you better beat the clock!  If you're late, you miss that turn in.  You can find photos of the award winners, here:  http://www.beachdreamphotography.com/p94885438   At the top of the hour, multiple pans of competition meats go out on the buffet table for the public to enjoy and try, along with fruit salad, beans and coleslaw.  Once again, tickets for the event sold out in advance, with over 500 tickets sold or given away.

I was busy heading up the salsa and chili competition that day, then we opened it up for the public to enjoy. We even gave away an iPad Aire at the raffle table. 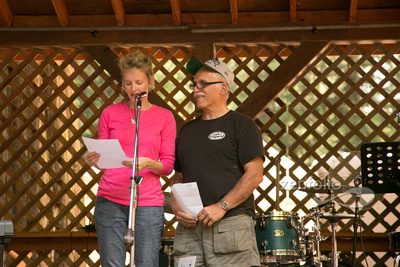 Me announcing the winners of the Salsa and Chili competition

As they say in BBQ, "Keep calm and grill on" and "No one has friends over to microwave!" 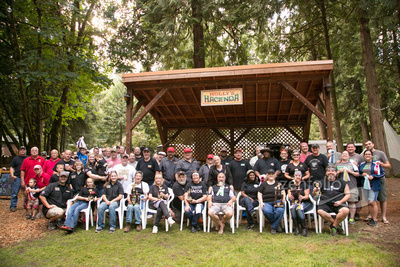 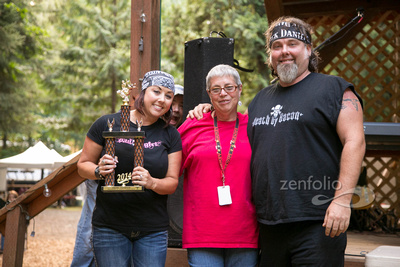 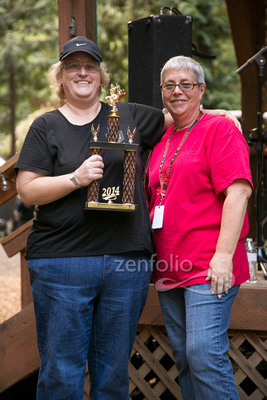 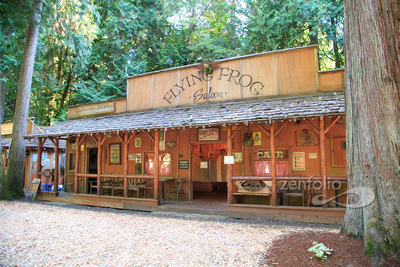 Part of the Western Town 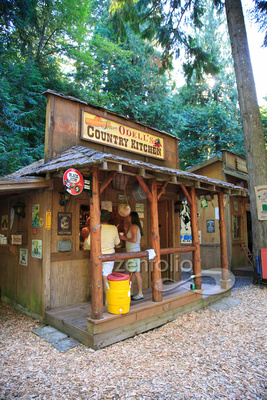